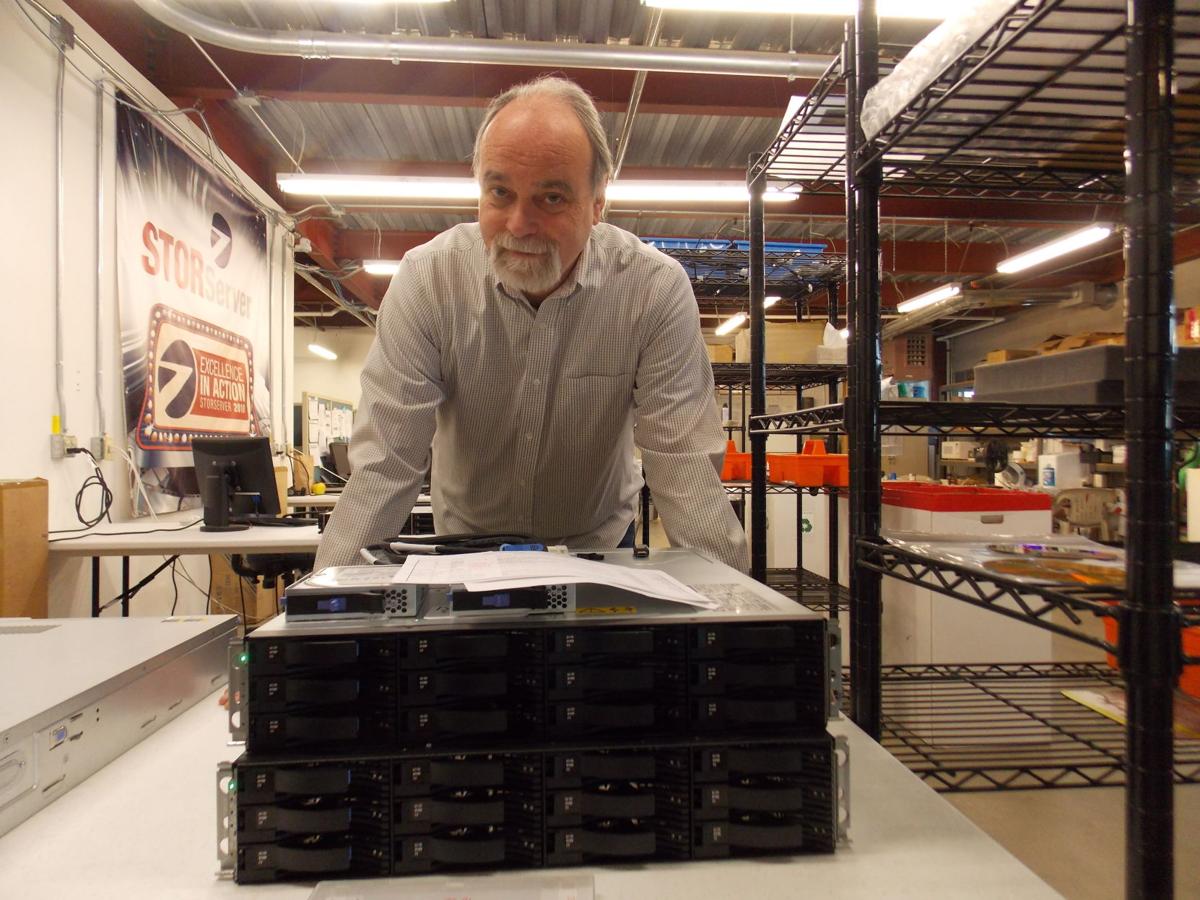 John Pearring, co-founder and chairman of STORServer, stands with one of the company’s data protection units. Pearring hopes an agreement signed with a New Jersey software company will double STORServer’s revenues in 2014. (c) WAYNE HEILMAN, The Gazette

STORServer hopes to double its revenue in the next few years by designing systems that use CommVault Systems Inc.’s top-rated Simpana software.

“This could easily double sales in a few years since CommVault’s data protection software is rated ahead of every other vendor, including EMC, IBM and Symantec,” said John Pearring, STORServer’s co-founder and chairman.

Employee-owned STORServer expects to generate about $10 million in revenue this year from selling data protection “appliances” to mid-sized companies, government agencies and organizations using components from multiple vendors. The appliances can store from 1 terabyte to 1 petabyte (1,000 terabytes).

“We picked the Tivoli software when we started the company because it was the market leader at that time. But in the least three or four years, CommVault has leapfrogged the rest of the industry,” Pearring said. “IBM Tivoli is still a great solution. This just widens the market we reach.”

The deal with STORServer comes as CommVault is reducing its reliance on computer giant Dell Inc., amid uncertainty after over founder Michael Dell’s Oct. 30 buyout of the company. A CommVault executive told stock analysts during a conference call in May that the company expects Dell to shift to its own software for small-business customers, so CommVault shifted most of its small-business customers to other vendors. The relationship with Dell accounted for nearly one-fifth of CommVault’s revenue this year.

“Forward-thinking organizations now have more options to manage data differently with the integration of the Simpana platform with STORServer’s” system, David West, CommVault’s senior vice president of worldwide marketing and business development, said in a press release announcing the agreement.

STORServer’s revenue has grown from a low of about $6 million two years ago, in part because of the company’s data recovery guarantee, which has helped it gain traction in the data backup and protection market for small to mid-sized organizations, Pearring said.

The company generated $10 million in annual revenue before the recession, but exited the highly competitive large storage and e-mail archiving and recovery markets to focus solely on the more profitable data backup and protection market.

During the recession, STORServer cut its staff in half to about 20 and outsourced some jobs. Pearring said STORServer likely will expand its staff as a result of the CommVault agreement, but the it has not been determined by how much.

Also read it at: http://gazette.com/colorado-springs-data-protection-firm-hopes-new-deal-will-double-its-business/article/1511378

Do NOT follow this link or you will be banned from the site!